New research from YouGov reveals that, if voters could have their ideal immigration system, it would heavily penalise immigrants from certain countries and reward in-demand skills and well-spoken English

Now that Britain has voted to leave the EU, the government is going to have to develop a new immigration policy. For many – including new Prime Minister Theresa May – the message of the referendum result was that immigration levels will have to come down drastically.

A new YouGov survey confirms the extent of this message, showing that an overwhelming majority of the public – 70% of people – think that immigration into Britain has been too high over the last ten years. Close to half (44%) say it has been “much too high”. The government is going to face a backlash if it is not able to design an immigration system that is popular with the public.

However, the frank preferences on what kind of immigrants the public would like to see more of or less of will be difficult to translate into government policy. 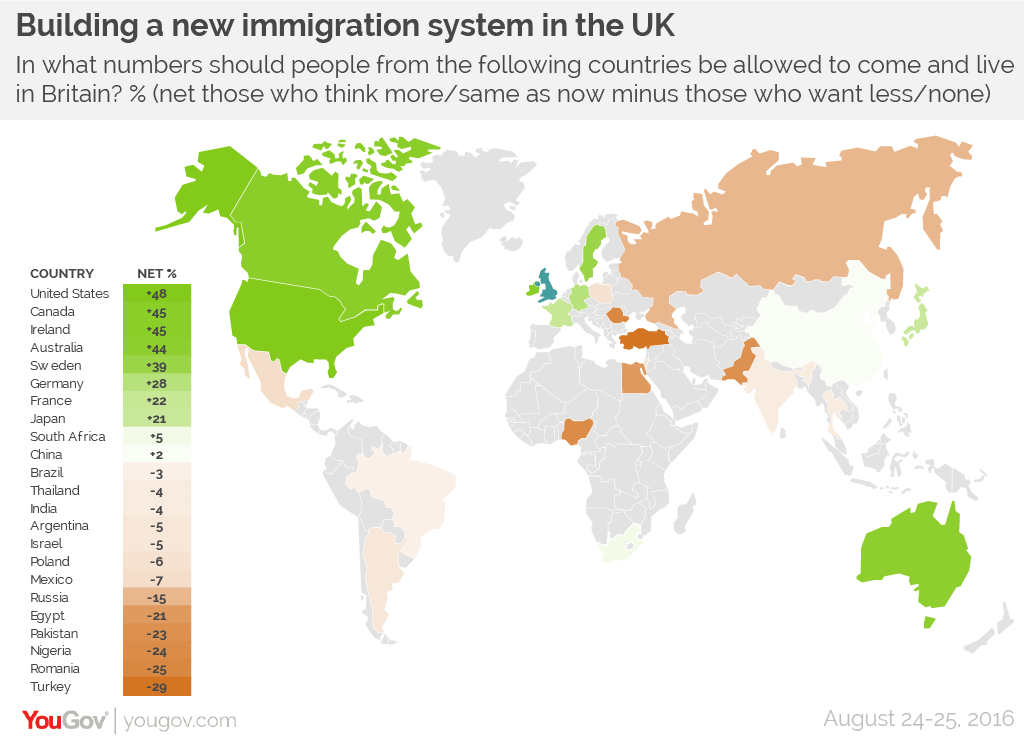 The full article is available on the YouGov website at:  https://yougov.co.uk/news/2016/08/26/one-five-say-uk-should-not-admit-single-migrant-tu/

Reporting of this research has been undertaken by the Migrants’ Rights Network with their article: Voter-designed immigration system would penalise East Europeans and non-whites.

By LivingRefugeeArchive|2016-09-07T11:42:44+01:00September 7th, 2016|News, Publications|Comments Off on YouGov Research: If voters designed a points-based immigration system…